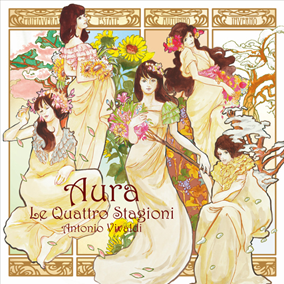 This is the first all a cappella recording of ‘The Four Seasons’ 12 songs in the world!!
A critic said ‘Aura started a new genre of music.’